If your car is making a funny noise, read through my blog. You might find that I have already experienced that sound and provided you a solution to the problem.

Power windows may not look like such critical components of cars, but it is such little conveniences that make modern cars such a joy to use. That is why it can be disheartening to find that your power windows don't work. Below are some of the common reasons for a power window failure.

Power windows, as their name suggests, operate on electricity.  This means the system has a switch to close and open the circuit to lower or raise the power window as needed. The switch is located under the button you press whenever you want to operate the windows. A malfunction of this switch means nothing will happen when you press the button since no circuit will be completed and current won't flow.

There is a lot of wiring that needs to be intact for the power window system to operate. Power must flow from the battery to the motor, and a circuit break anywhere in this path leads to power window failure. Maybe the main cable that supplies power to the window circuit is damaged — in which case, all the power windows won't work. Or maybe the problem is the cable connection between the motor and the linkage, in which case only a single window will be affected.

The regulator or linage is the contraption that raises and lowers the windows. Mechanical damage to the regulator can also interfere with power window operations. If that is the case, then only one of the windows is likely to be affected since it's not easy for multiple regulators to be damaged simultaneously. Also, the window may move, but at a slower pace, or it might make some noises when you press the button.

The power window system is protected by a fuse, just like other electrical systems of the car. An electrical malfunction, such as a short circuit caused by damaged wires, can prevent the operations of the power windows.

As you can see, there are multiple possible reasons for a power window failure. Unless you have experience with car electrical connections or auto repair in general, it's best to leave the diagnosis and solution to an auto shop like Huntington Beach Transmissions. 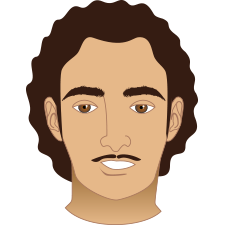 I have an older car that is constantly in the shop. Yes, this car does cost me a bit each year to keep on the road, but what I pay in repairs is much less than what I would pay to buy a new car. I have learned a lot over the years of driving this car. I have found out what just about any sound means and what it takes to make those repairs. If your car is making a funny noise or two, take a minute to read through my blog. You might find that I have already experienced that sound and have provided you a solution to the problem.